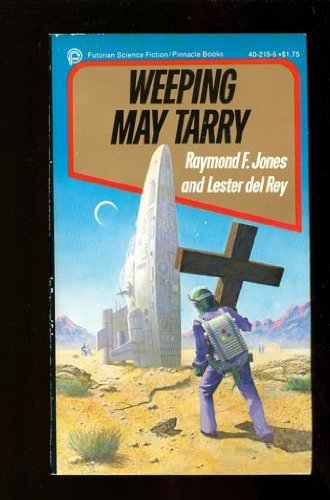 Pretty Good Book That Is Not Too Religious


Several generations ago, the nova of a nearby star caused a lot of genetic damage to the planet Alcor. Things seem to have quieted down in that part of the sky, so a survey vessel is sent to investigate.

Alcor is a religiously rigid sort of world, where everyone worships The Keelong. Its a vague, unknowable thing in the universe that has kept Alcor together, and peaceful, for the past thousand years. An important part of the crew is the Ama (priest), an elderly, inflexible type named Toreg. He expects total obedience to the proper rituals; if he doesnt like what he sees, he has the authority to exile members of the crew to whatever planet they are on at that moment. He can even order the ship turned around and headed back to Alcor. Privately, Toreg knows that The Keelongs "days" are numbered; questioning The Keelong, or even outright unbelief, is growing among the people.

They approach a desolate planet that shows obvious signs of having been through a major planet-wide war, with ruins and blackened landscape everywhere. A few meters above the planet, explosions occur all over the ship. It lands safely, but it is not soon going anywhere, maybe permanently. As they prepare for a long-term stay on this planet, the crew finds a stone building that is not too badly damaged. Its a large room, with rows of benches facing a raised area at one end. Digging through the rubble, Toreg finds a large figure of a hideous being nailed to a cross and in great pain (the people of Alcor look like green-scaled lizards with tails who walk upright). This was obviously a war building, to spread information (and propaganda) among the people. The figure is kept as a constant reminder of The Enemy; any beings who can inflict that sort of pain on another being...

The linguists work to translate a book found in a nearby strongbox. Each night, the crew gathers to hear that days translation of the life of Jesus of Nazareth. Toreg urges the crew to return to The Keelong, and ignore this false deity, but its not working. The crew is listening to Jesus. Meantime, winter has come to their mountain valley. In a desperate attempt to destroy the cross, Toreg drags it up the mountain to throw it into a large canyon. Holed up in a cave, and exhausted, Toreg starts to read the rest of the book (which he also intends to destroy), while the face on the cross seems to be watching him.

Its a pretty good book that does not overdo the religious aspect. This is worth reading for those who are religious, and not so religious.