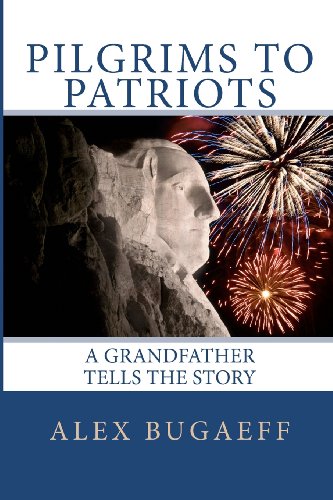 Start With "excellent" And Go From There

There are many ways to tell the early history of America (some of them work better than others). In this book, a grandfather tells the story to his grandchildren.

Over the course of a year, "Gomps" tells his grandchildren, nine-year-old Carter and eleven-year-old Hannah, the story of America. He starts with the voyage of the Mayflower and the Jamestown Settlement. The early settlements barely survived, but when they became established, nobility from all over Europe wanted a piece of the New World. In the 1630's, Connecticut was the first colony to have a written constitution, called "The Fundamental Orders."

The reader will learn about Molly Pitcher, the War of Jenkins' Ear, the Indian Prophecy, the day the British shot themselves in the foot, the Sons of Liberty and the Hundred-Year Lawsuit. The reader will also meet the Super Six, which included Thomas Jefferson, John Adams and Benjamin Franklin. Gomps also explains how, during the Revolutionary War, General George Washington got little or no financial help from the Continental Congress.

Start with "excellent" and go on from there; that's how good this book really is. The chapters are only a few pages long, and the stories are told in a much more entertaining way than the average school textbook. For any young person, or any adult, who wants to learn more about early American history, this is the place to start.