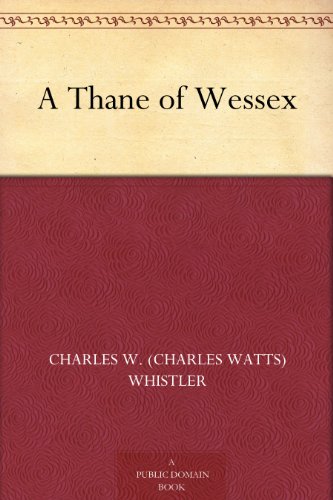 The Author Does An Excellent Job

Set in Saxon England, in the 9th Century AD, Heregar is a nobleman, with lands of his own, in what is now the county of Somerset. Out of the blue, one day, he is arrested, and thrown into solitary confinement. After a couple of months, he is brought before a grand council, called a moot, where he is charged with treason against the King.

Heregar freely realizes that with the impetuousness of youth (he is in his early 20s), he occasionally says some stupid things, especially when the ale is flowing. But there is a huge difference between that and treason. He is confident that his friends will exonerate him, but they are the ones who condemn him. They are led by Matelgar, the father of the fair Alswythe, the love of his life. He is found guilty, declared an outlaw, stripped of his lands, and told to leave Somerset, permanently.

His only option is to head for the coast, and join the Danish Vikings. When he reaches a town on the coast, it's in flames. The Vikings are already there. Heregar knows that Matelgar's lands, formerly his lands, will be next, so he manages to warn the people, while staying out of the way. He runs into a messenger, who gives him a war arrow. It means that all able-bodied men are called to fight, immediately. A person does not ignore a war arrow. Heregar walks up to Matelgar, and, returning the arrow, says, in effect, "I am reporting as ordered, and now I'm leaving."

The Saxon authorities feel that the best thing thatt Heregar can do is to get Alswythe, and her maidens, out of the way. Meantime, Matelgar falls in battle, and Heregar has a couple of visions of Matelgar apologizing for the way Heregar was treated. Heregar becomes a senior adviser in the counter-attack, led by the local bishop. A major problem for the Danes is that, during low tide, their ships are literally stuck in the mud. Does the counter-attack succeed? Do Heregar and Alswythe liver happily ever after? Is Heregar's punishment lifted?

This one is surprisingly good. The author, an Anglican priest who lived in the early 20th Century, does an excellent job with this book. It really feels like it was written more than 1000 years ago, and recently discovered, and republished. Very few authors of any kind of fiction can do that. It has heart, and adventure, and is well worth reading.