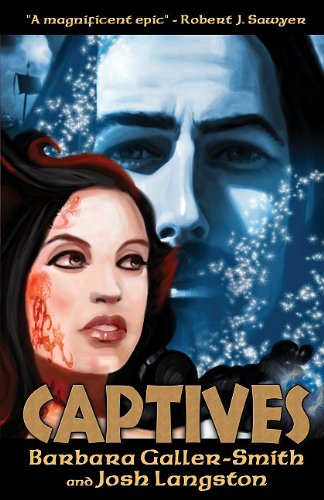 This Is Surprisingly Good

Part of a trilogy, this historical fantasy is about two druids who must escape slavery, and protect their ancient magic from one who would really abuse it.

As the spiritual representative of his clan, Druid Mallec is loved and respected by all. But he, and they, can't help but think that the recent calamities befalling their clan means that they have fallen out of favor with their god. Mallec is also troubled by constant visions of a dark-haired woman. He doesn't know who she is, or where she is, but they are meant to be together.

An evil druid named Deidre has woken prematurely from the druid equivalent of suspended animation. She is a power-mad type who is ready to use anybody, or anything (including abusing the ancient magic), to get what she wants. She has Mallec thrown into slavery to get him out of the way, permanently.

Driad Rhonwen is already in slavery, with each master worse than the last. Her rebellious nature gets her plenty of punishment; her expertise in the healing arts is about the only thing keeping her alive. Mallec and Rhonwen (the subject of Mallec's visions) find each other, and eventually escape slavery. Deidre has broken nearly every rule in the druid "book," so they have to deal with her, once and for all. Are Mallec and Rhonwen able to stop Deidre? Do Deidre, and Caradowc, her equally dislikable son, prevail?

This one is surprisingly good. It's got ancient magic, love, loss, slavery, betrayal; everything a great fantasy novel needs. It's also full of great writing, from start to finish. If the other parts of this trilogy are as good as this, then here is a major fantasy find.