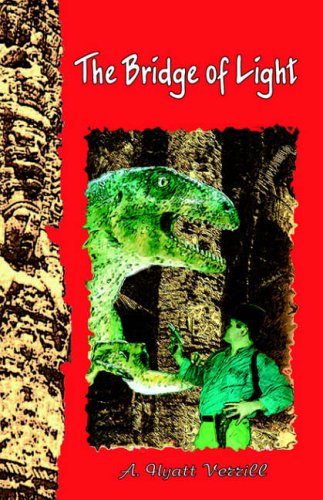 This Will Certainly Keep The Reader Entertained

This is a rousing adventure tale about the lost city of the Mayan Empire.

Traveling through rural Spain, the narrator purchases a couple of old books from a cubbyhole of a shop in a former monastery. A piece of folded papyrus falls out of one of the books. It is a 2000-year-old Mayan Codex that has never been seen before. It's value is beyond priceless. He takes it to eminent archaeologists all over the world to get it interpreted. They can't help, but they all agree that it is a historic find. He travels to Central America, and decides to look for Mictolan, the lost cities of the Mayans.

Naturally, there are no signs saying "Mictolan-This Way". A person must pass through the Valley of Death, the Tunnel of Serpents and the Pit of the Great Crocodile. After that, the person must cross eight deserts with a raging whirlwind that cuts solid rock. There is a demon and a fiend to face in the realm of hot ashes and two blazing mountains. Last, but not least, there is a Cave of Bats to be traversed, and a Bridge of Light to be crossed. By this time, the narrator is alone, everyone else in the caravan having run away in fear, or been killed by various carnivores.

He finds the city of Mictolan. He falls for a beautiful woman named Itza, who is about to be wed to the Sun God (it involves human sacrifice). Ancient prophecy says that Kukulcan, the winged Mayan God, will send his son, a white man, to lead the Mayan people back to their former glory. This gives him some authority over the people, which he uses by stopping the "wedding". This really upsets the ruler of Mictolan, a religious dictator named Kinchi-Haman. He can't publicly say that the "son of Kukulcan" is a fraud, but he waits for his chance at revenge.

The narrator learns exactly why the Mayan people disappeared. They have done amazing things with astronomy, but the introduction of the wheel is a stop-the-presses Event. The major obstacle in his escape from Mictolan, along with Itza, is the Bridge of Light. Is is a natural phenomenon, or does Kinchi-Haman control it? Do they escape Mictolan, and make it back to civilization? What happens to the people of Mictolan?

First published in a 1920's pulp magazine, this is an excellent adventure story. To quote from the back cover, "Before there was Indiana Jones, there was A. Hyatt Verrill". He knew a lot about the Mayans, and he is also a good storyteller. This will certainly keep the reader entertained.