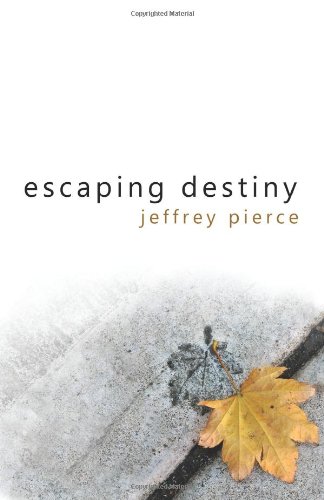 This fantasy novel is set in a world that is somewhere outside of reality. An ancient prophecy says that 13 people hold the key to all of existence.

They are a disparate group of beings. Kai is a warrior who just wants to live somewhere peacefully with Kolaru, his faery lover. Many people consider faeries to be demons, and any union with humans to be unnatural. Beltross is mer, half human and half sea creature. Daen is a prophet who can see into the future. Traela is a teenage girl who very much wants to be a warrior. Leiron and Caraine have unique abilities of their own.

At first, the intention is to gather the 13 people together in one people, then work on making the prophecy come true. A monastery is attacked by bandits led by a man named Nollon, because a young boy named Rann at the monastery is the key to the prophecy. Traela is severely injured in the ensuing battle, beyond the abilities of human healers. The group detours to the city of Node, where Traelas only chance lies with the Maat.

The Maat are alien beings who guard the gates between worlds. They are literally nothing more than bags of fluid enclosed in a thin membrane. A member of the Maat agrees to heal Traela, but they do not come cheap. Their price is not always monetary, a price that Kai is willing to pay. The Maat are also very picky about weapons being taken from one world to another. They have ways of detecting any attempts at smuggling or deception.

There are a number of battles against strange beings, including stone monsters, sent by the forces of evil to kill or capture those involved in the prophecy. First of a trilogy, this is a surprisingly good novel. It has everything a fantasy reader could want: a quest, violence, alien beings and a bit of romance. My only complaint has to do with the editing or proofreading. In several places in the book, the word is supposed to be "prophecy," not "prophesy." But that does not detract from a tale with language that borders on poetic. It gets two strong thumbs up.