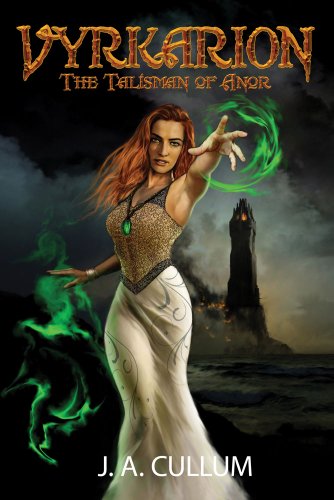 An Excellent Novel, And Trilogy

Last of a trilogy, this fantasy tale takes place on a planet with nine different races. For the humans, an ever-present threat is of being enslaved by a race of shape-changing lizard people. There's also an ancient prophecy whose time has come.

While traveling, a young noblewoman named Alanna meets Myrriden, a wizard who is also bearer of Vyrkarion, one of eight living crystals. Myrriden makes Alanna Vyrkarion's new bearer. He had little choice; he was dying at the time. Myrriden tells Alanna that she must be trained in how to handle a living crystal by a famous wizard named Jerevan. (In part 2 of this trilogy, Jerevan was given a very advanced curse by another wizard. It's the sort of curse that can only be lifted by Jerevan becoming an "expert" wizard.) Alanna is very aware of Jerevan's past, so she would rather get her training from anyone else.

Aavik is the leader of the isklarin (the lizard people). He is very aware of Vyrkarion's change in "ownership," and makes plans to get the crystal for himself.

Rhys Cinnac is cousin of the king, and also bearer of Cyrkarion, another of the living crystals. He is most interested in the part of the prophecy which says that the king will die, and a child will be saved. Could the child be Aubrey Cinnac, legitimate heir to the throne? He acts incredibly mature for his age. Can Alanna get over her strong dislike for Jerevan, and let him train her, so Aubrey can stay alive, and help the crystal to show its full power?

This is an excellent novel, and trilogy. The author does a fine job from start to finish, with the storytelling, the society-building, and the wizardry (and other weird stuff). It is very much worth reading.