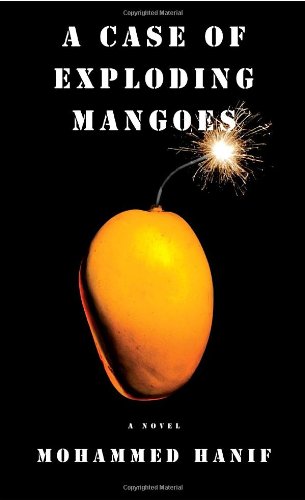 A Case Of Exploding Mangoes
by Mohammed Hanif

Junior Officer Ali Shigri of the Pakistan Air Force, the son of Colonel Quli Shigri, who had been one of General Mohammad Zia-ul-Haq's right-hand men prior to his suicide, struggles to unravel the secrets and motives that led to his father's death and plots his revenge on the Pakistani dictator whom he blames for his father's death. A first novel. 40,000 first printing.