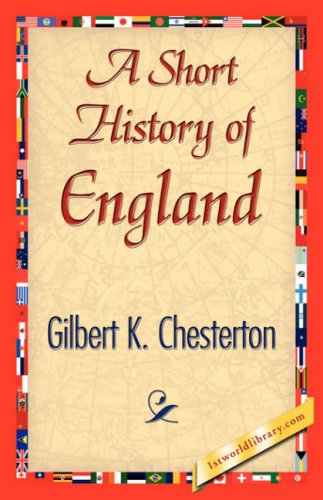 A Short History Of England
by G. K. Chesterton

It will be very reasonably asked why I should consent, though upon a sort of challenge, to write even a popular essay in English history, who make no pretence to particular scholarship and am merely a member of the public. The answer is that I know just enough to know one thing: that a history from the standpoint of a member of the public has not been written. What we call the popular histories should rather be called the anti-popular histories. They are all, nearly without exception, written against the people; and in them the populace is either ignored or elaborately proved to have been wrong. It is true that Green called his book "A Short History of the English People"; but he seems to have thought it too short for the people to be properly mentioned. For instance, he calls one very large part of his story "Puritan England." But England never was Puritan. It would have been almost as unfair to call the rise of Henry of Navarre "Puritan France." And some of our extreme Whig historians would have been pretty nearly capable of calling the campaign of Wexford and Drogheda "Puritan Ireland."