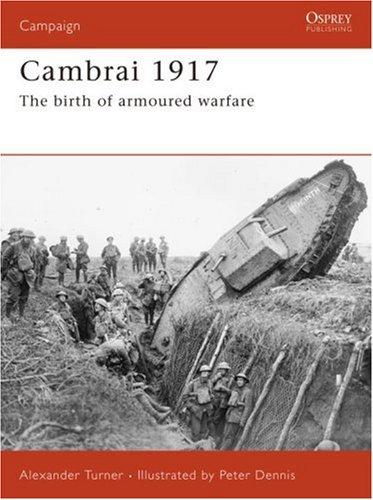 Cambrai 1917: The Birth Of Armoured Warfare (Campaign)
by Alexander Turner

This crucial new study of one of the seminal events in military history dispells many of the myths surrounding Cambrai 1917 of World War I (1914-1918). Common perception classifies it as the "world's first tank battle" but Alexander Turner shows us that the real importance of Cambrai was that it saw the first use of armor as an operational shock tactic. With the pre-eminence of armor, the conduct of war was irrevocably changed. The battle also heralded the combined use of aircraft, armor, and artillery, marking the birth of modern combined-arms techniques. Written by a military historian and serving soldier, this is a fascinating analysis of a battle which was a stalemate, yet spawned a host of war-winning tactics.