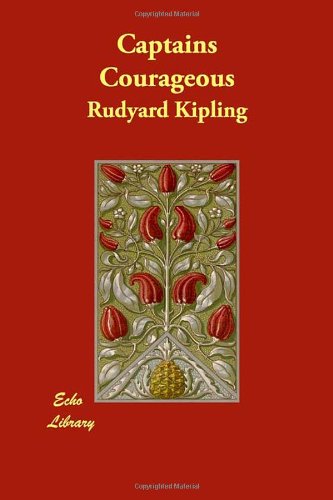 The weather door of the smoking-room had been left open to the North Atlantic fog, as the big liner rolled and lifted, whistling to warn the fishing-fleet. "That Cheyne boy's the biggest nuisance aboard," said a man in a frieze overcoat, shutting the door with a bang. "He isn't wanted here. He's too fresh." A white-haired German reached for a sandwich, and grunted between bites: "I know der breed. Ameriga is full of dot kind. I deli you you should imbort ropes' ends free under your dariff." "Pshaw! There isn't any real harm to him. He's more to be pitied than anything," a man from New York drawled, as he lay at full length along the cushions under the wet skylight. "They've dragged him around from hotel to hotel ever since he was a kid. I was talking to his mother this morning. She's a lovely lady, but she don't pretend to manage him. He's going to Europe to finish his education."