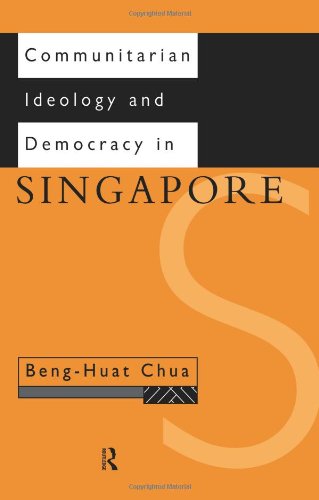 The economic success of Singapore has established the country as a model for other nations. Yet until now the ideas behind this accomplishment have not been critically examined. Communitarian Ideology and Democracy in Singapore fills this gap. The book outlines the policies the ruling party has adopted over the past three decades. It charts the government's move away from Western concepts towards the evolution of 'Asian democracy'. The author analyses this anti-liberal democracy and the government's motives for repackaging cultural heritage into a national ideology of Asian communitarianism. This book avoids the polarization that has tended to characterise texts on Asian governments. It neither concentrates on a history of authoritarian repression nor unequivocally praises the regime but critically examines its political success. As such it provides a new and balanced account to the student of Singapore politics.