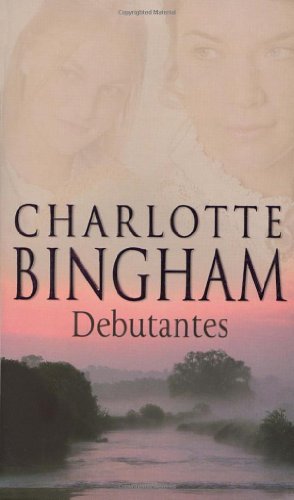 A century ago, marriage, and marriage alone, offered a nicely brought-up girl escape from the domination of her parents. Indeed it was the only path to freedom. That path led her to a Season in London and, the ultimate goal, Coming Out as a debutante. But along the way she had to survive a terrifying few months, a make-or-break time in which her family's hopes for her could only be fulfilled through a proposal of marriage. For Lady Emily Persse, Coming Out means leaving her beloved Ireland and its informalities for England and its stricter codes. For Portia Tradescant, released from the boredom of life in the English countryside, it means trying to get through the Season despite the best efforts of her eccentric Aunt Tattie. For beautiful May Danby, the Season is an entrée to a whole other life, worlds away from her strict convent upbringing in Yorkshire. Debutantes, Charlotte Bingham's delightful and stylish new saga, centres around a single London Season in the 1890s. But it is not just about the debutantes themselves. It is as much about the women who launch them, and the Society which supports their way of life. It is also about the battle for power, privilege and money, fought, not in the male tradition upon the battlefield, but in the female tradition...in the ballroom.