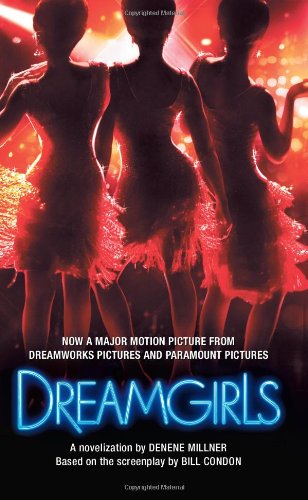 Three African-American soul singers find success in the world of 1960s pop music, in a novelization of the Broadway musical-turned-movie set against the backdrop of the Motown era. It was a time of miraculous change in America, as the cry for justice and equality rang out, from the Deep South to the West Coast. And in the Motor City, a new sound was about to explode that would break down the barriers between white and black. Three close friends from the Detroit streets, Effie, Deena, and Lorrell, had the electrifying talent to bring any audience leaping to its feet—and with the help of C.C.'s groundbreaking music and Curtis's vision and ruthless ambition, they were poised on the giddy brink of greatness. But fame never comes cheap. And truth, loyalty, and love will always have to struggle to survive in the spotlight's merciless glare . . . (A Dreamworks Studio film, directed by Bill Condon, releasing Winter 2006, starring Jamie Foxx, Beyoncé Knowles, Eddie Murphy, Jennifer Hudson, & Danny Glover)