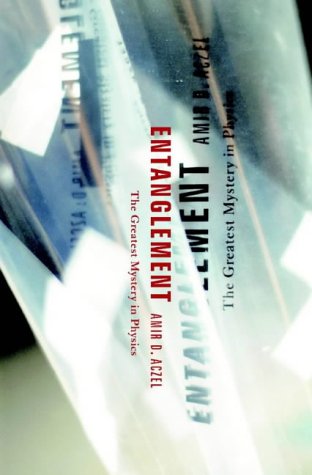 Could 'Beam me up, Scotty' soon become a reality? The lines between 'science' and 'science fiction' have become increasingly blurred. Now, quantum mechanics promises that some of humanity's wildest dreams may be realized. Serious scientists, working from Einstein's theories, have been investigating the phenomenon known as 'entanglement' one of the strangest aspects of our strange universe. According to Einstein, quantum mechanics required entanglement, the idea that subatomic particles could become linked and that a change to one such particle would instantly be reflected in its counterpart, even if separated by a universe. Einstein felt that if quantum theory could produce such bizarre effects, then it had to be invalid. But new experiments show not only that it does happen, but that it may lead to unbreakable codes and even teleportation, perhaps in our lifetimes. This is a highly accessible yet technically well researched introduction to the bizarre phenomenon of entanglement and the scientists who have helped to discover it. The book provides an excellent introduction to a complex but exciting branch of science that could have significant implications for our understanding of the world and the way we live. * Amir D. Aczel is an internationally known author and speaker who attracts large crowds * We have all seen teleportation in science fiction. This book shows how it could become a reality. * The first book to explain the theory of entanglement and to make recent developments in quantum mechanics widely available. * Gives an insight into the lives and thinking of some of the leading physicists of the past century.