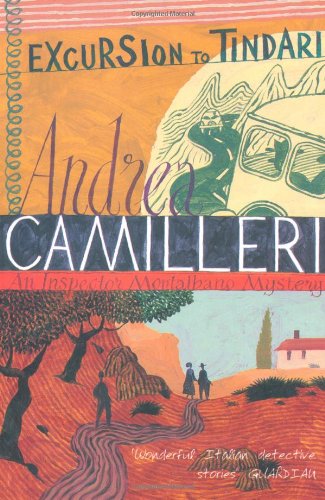 Excursion To Tindari
by Andrea Camilleri

Maybe a phrase, a line, a hint somewhere would reveal a reason, any reason, for the elderly coupleâe(tm)s disappearance. Theyâe(tm)d saved everything . . . there was even a copy of the âe~certificate of living existenceâe(tm), that nadir of bureaucratic imbecility . . . What was the âe~protocolâe(tm), to use a word dear to government offices? Did one simply write on a sheet of paper something like: âe~I, the undersigned, Salvo Montalbano, hereby declare myself to be in existenceâe(tm), sign it, and turn it in to the appointed clerk? A young Don Juan is found murdered in front of his apartment building early one morning, and an elderly couple is reported missing after an excursion to the ancient site of Tindari âe" two seemingly unrelated cases for Inspector Montalbano to solve amid the daily complications of life at VigÃ ta police headquarters. But when Montalbano discovers that the couple and the murdered young man lived in the same building, his investigation stumbles onto Sicily's brutal âe~New Mafiaâe(tm), which leads him down a path more evil and more far-reaching than any he has been down before. Praise for Andrea Camilleri: âe~A joy to readâe(tm) The Times âe~This savagely funny police procedural proves that sardonic laughter is a sound that translates ever so smoothly into Englishâe(tm) New York Times