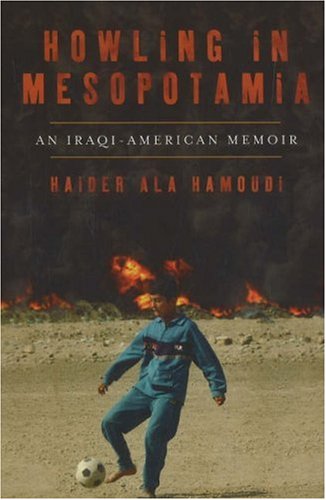 Howling In Mesopotamia: An Iraqi-American Memoir
by Haider Ala Hamoudi

'ON JULY 14, 2003, I left Kuwait on a C-130 transport plane bound for Baghdad, the city of my ancestors and a place I had not been for thirteen years. Two nations could legitimately claim me as their native son. The first was the United States, where I was born and raised. The second was Iraq.' So begins this groundbreaking memoir of hope and hardship. Hamoudi spent two years living in Iraq outside the relative safety of the Green Zone working to help rebuild a country he loves. The intimate stories he shares-from the momentous day Saddam Hussein's sons were killed, to the tragic killing of hundreds of civilians on one of Shi'a Islam's most holy days, and even the joyous occasion of Hamoudi's own wedding- invite the reader to experience a new side of the country that has featured so prominently in our nightly news. Hamoudi draws on his unique perspective as the American-born son of two Iraqis to bring new insight to the question: What went wrong in Iraq?