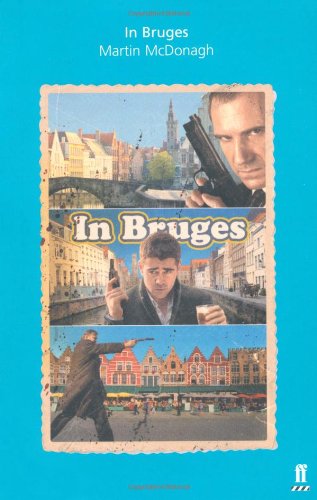 In Bruges: A Screenplay
by Martin Mcdonagh

After a shooting in London goes hideously wrong, two hitmen, Ray and Ken, are sent to hide out in the strange, Gothic, medieval town of Bruges, Belgium, by their volatile and dangerous boss, Harry Waters. While awaiting instructions from him as to what to do next, the pair attempt to deal both with their feelings over the botched killing and their differing attitudes towards this curious, otherworldly place they've been dumped in (‘Bruges is a shithole.' ‘Bruges is not a shithole'), until the call from Harry finally comes through, and all three men are enmeshed in a spiral of bloody violence that few will get out of alive. This jet-black comedy marks the feature-film debut of writer/director Martin McDonagh, award-winning author of such plays as The Beauty Queen of Leenane, The Lieutenant of Inishmore and The Pillowman, and the film Six Shooter, which won the Academy Award for the Best Live-Action Short Film.