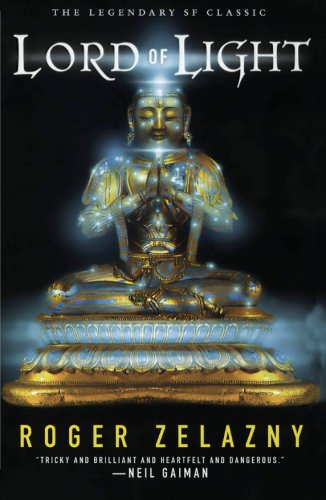 Lord Of Light
by Roger Zelazny

Earth is long since dead. On a colony planet, a band of men has gained control of technology, made themselves immortal, and now rules their world as the gods of the Hindu pantheon. Only one dares oppose them: he who was once Siddhartha and is now Mahasamatman. Binder of Demons. Lord of Light.