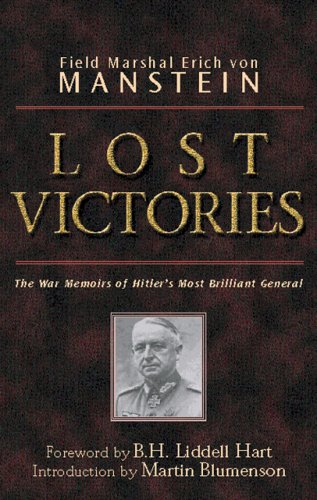 Originally published in Germany in 1955, and in England and the United States in 1958, this classic memoir of WWII by a man who was an acknowledged military genius and probably Germany's top WWII general, is now made available again. Field Marshal Erich von Manstein described his book as a personal narrative of a soldier, discussing only those matters that had direct bearing on events in the military field. The essential thing, as he wrote, is to "know how the main personalities thought and reacted to events." This is what he tells us in this book.His account is detailed, yet dispassionate and objective. "Nothing is certain in war, when all is said and done," But in Manstein's record, at least, we can see clearly what forces were in action. In retrospect, perhaps his book takes on an even greater significance.