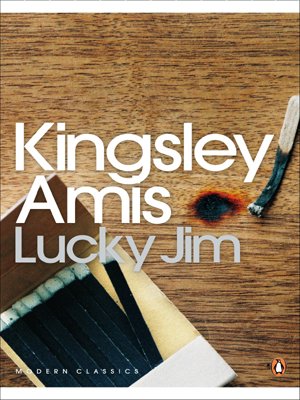 Kingsley Amis's witty campus novel, Lucky Jim is a comedy that skewers the hypocrisies and vanities of 1950s academic life. This Penguin Modern Classics edition contains an introduction by David Lodge. Jim Dixon has accidentally fallen into a job at one of Britain's new red brick universities. A moderately successful future in the History Department beckons - as long as Jim can stave off the unwelcome advances of fellow lecturer Margaret, survive a madrigal-singing weekend at Professor Welch's, deliver a lecture on 'Merrie England' and resist Christine, the hopelessly desirable girlfriend of Welch's awful son Bertrand. Inspired by Amis's friend, the poet Philip Larkin, Jim Dixon is a timeless comic character, adrift in a hopelessly gauche and pretentious world. Kingsley Amis (1922-1995), born in London, wrote poetry, criticism, and short stories, but is best remembered as the novelist whose works offered a comic deconstruction of post-war Britain. Amis explored his disillusionment with British society in novels such as Lucky Jim (1954) and That Uncertain Feeling (1955); his other works include The Green Man (1970) Stanley and the Women (1984), and The Old Devils (1986) which won the Booker Prize. If you enjoyed Lucky Jim, you might like Amis's The King's English, also available in Penguin Modern Classics. 'A flawless comic novel ... I loved it then, as I do now. It has always made me laugh out loud'Helen Dunmore, The Times 'A brilliantly and preposterously funny book'Guardian