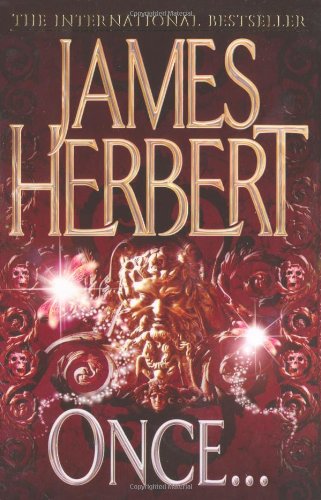 Once
by James Herbert

Remember the faery stories you were told as a child? Tales of tiny, magical, winged beings and elves, wicked witches and goblins. Demons . . . What if one day you found out they were true? What if, when you became an adult, you discovered they were all based on fact? What if you met the fantasy and it was all so very real? That's what happened to Thom Kindred. The wonders were revealed to him. But so were the horrors, for not far behind the Good, there always lurks the Bad. And the Bad had designs on Thom. The Bad would show him real evil. He would see the hellhagges and the demons. He would be touched by perverted passion. And corruption. And he would encounter his own worst nightmare. The Bad would seek to destroy him. And only the magic of the little beings would be able to help him. Once, James Herbert's masterful novel of erotic love and darkest horror, will take you to a realm where fantasy and reality collide, where faerytales really can come true.