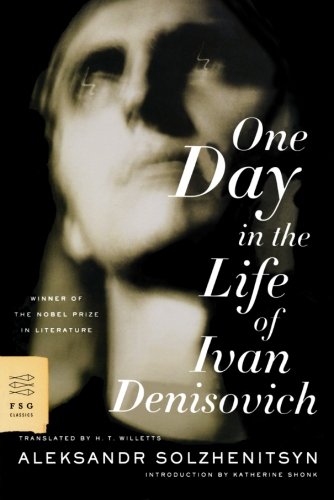 One Day In The Life Of Ivan Denisovich: A Novel
by Aleksandr Solzhenitsyn

The only English translation authorized by Aleksandr Solzhenitsyn First published in the Soviet journal Novy Mir in 1962, One Day in the Life of Ivan Denisovich stands as a classic of contemporary literature. The story of labor-camp inmate Ivan Denisovich Shukhov, it graphically describes his struggle to maintain his dignity in the face of communist oppression. An unforgettable portrait of the entire world of Stalin's forced work camps, One Day in the Life of Ivan Denisovich is one of the most extraordinary literary documents to have emerged from the Soviet Union and confirms Solzhenitsyn's stature as "a literary genius whose talent matches that of Dosotevsky, Turgenev, Tolstoy"--Harrison Salisbury This unexpurgated 1991 translation by H. T. Willetts is the only authorized edition available and fully captures the power and beauty of the original Russian.