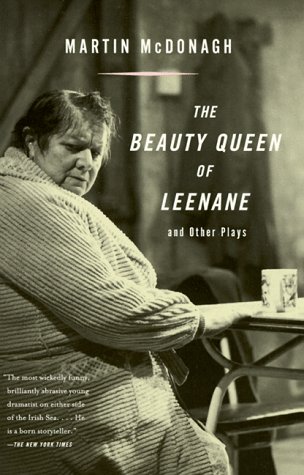 The Beauty Queen Of Leenane And Other Plays
by Martin Mcdonagh

These three plays are set in a town in Galway so blighted by rancor, ignorance, and spite that, as the local priest complains, God Himself seems to have no jurisdiction there. The Beauty Queen of Leenane portrays ancient, manipulative Mag and her virginal daughter, Maureen, whose mutual loathing may be more durable than any love. In A Skull in Connnemara, Mick Dowd is hired to dig up the bones in the town churchyard, some of which belong to his late and oddly unlamented wife. And the brothers of The Lonesome West have no sooner buried their father than they are resuming the vicious and utterly trivial quarrel that has been the chief activity of their lives. "[McDonagh is] the most wickedly funny, brilliantly abrasive young dramatist on either side of the Irish Sea.... He is a born storyteller."--New York Times