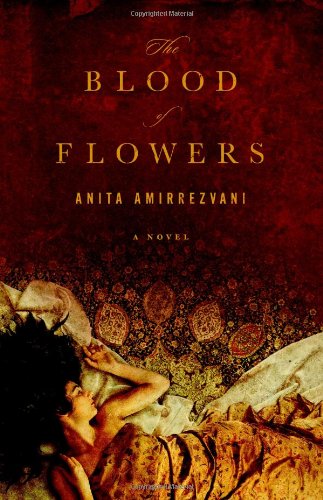 The Blood Of Flowers: A Novel
by Anita Amirrezvani

In 17th-century Persia, a 14-year-old woman believes she will be married within the year. But when her beloved father dies, she and her mother find themselves alone and without a dowry. With nowhere else to go, they are forced to sell the brilliant turquoise rug the young woman has woven to pay for their journey to Isfahan, where they will work as servants for her uncle, a rich rug designer in the court of the legendary Shah Abbas the Great. Despite her lowly station, the young woman blossoms as a brilliant designer of carpets, a rarity in a craft dominated by men. But while her talent flourishes, her prospects for a happy marriage grow dim. Forced into a secret marriage to a wealthy man, the young woman finds herself faced with a daunting decision: forsake her own dignity, or risk everything she has in an effort to create a new life. "Anita Amirrezvani has written a sensuous and transporting first novel filled with the colors, tastes and fragrances of life in seventeenth-century Isfahan...Amirrezvani clearly knows and loves the ways of old Iran, and brings them to life with the cadences of a skilled story-spinner." -- Geraldine Brooks, author of March "An engrossing, enthralling tale of a girl's quest for self-determination in the fascinating other world that was seventeenth-century Iran." -- Emma Donoghue, author of Touchy Subjects and Life Mask