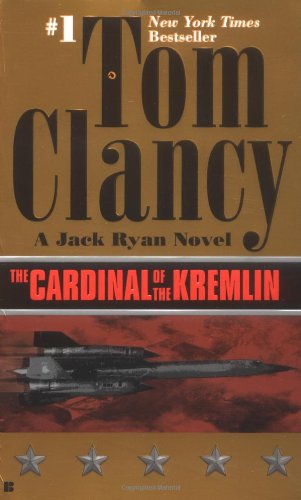 The Cardinal Of The Kremlin
by Tom Clancy

Mikhail Filitov is a war hero and Red Army Colonel, but his CIA code name is "Cardinal." A chance encounter in a Moscow subway leads the KGB to begin a hunt--for the spy in top echelons of power. From the author of "Clear and Present Danger," "The Hunt for Red October" and "Red Storm Rising," enter a world of high-wire, high-tech international intrigue that reaches from the bloody dust of Afghanistan to the use of lasers in space. The US and the USSR are negotiating a treaty that could lead to war--or peace--while their secret espionage armies are locked in the ultimate struggle. What the Cardinal knows could change the course of history. What a maverick CIA man named Ryan must do is outduel the KGB--and bring the Cardinal out alive!