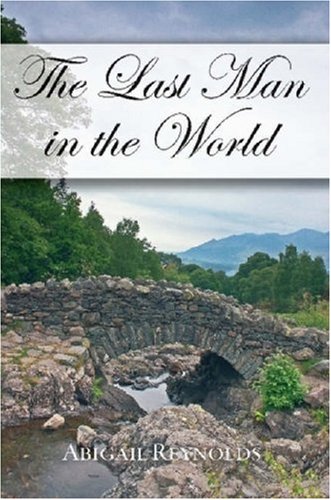 The Last Man In The World: A Pride & Prejudice Variation
by Abigail Reynolds

"I had not known you a month before I felt that you were the last man in the world whom I could ever be prevailed on to marry."Elizabeth Bennet's furious response to Mr. Darcy's marriage proposal in Jane Austen's Pride & Prejudice has resonated for generations of readers. But what if she never had a chance to say it? Would she learn to recognize Mr. Darcy's admirable qualities on her own?The Last Man in the World follows Elizabeth and Darcy as they struggle to find their way through the maze of their prejudices after Elizabeth, against her better judgment, agrees to marry Darcy instead of saying those famous words. Two of the most beloved characters in English literature explore the meaning of true love on a tumultuous journey to make a success of their marriage. THE PEMBERLEY VARIATIONS by Abigail Reynolds is a series of novels exploring the roads not taken in Pride & Prejudice.