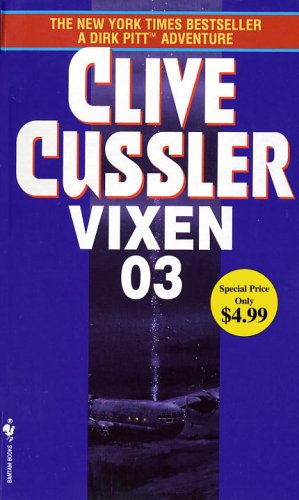 1954. Vixen 03 is down. The plane, bound for the Pacific carrying thirty-six Doomsday bombs—canisters armed with quick-death germs of unbelievable potency—vanishes. Vixen has in fact crashed into an ice-covered lake in Colorado. 1988. Dirk Pitt, who heroically raised the Titanic, discovers the wreckage of Vixen 03. But two deadly canisters are missing. They're in the hands of a terrorist group. Their lethal mission: to sail a battleship seventy-five miles up the Potomac and blast Washington, D.C., to kingdom come. Only Dirk can stop them.