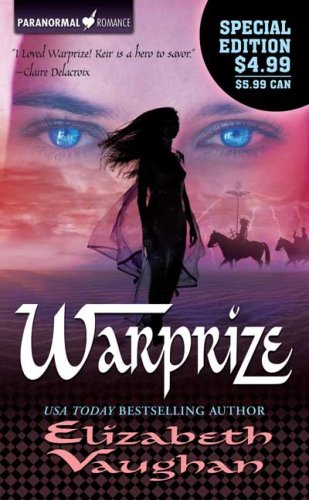 SHE MUST CHOOSE BETWEEN HER PEOPLE AND HER FREEDOM... Xylara is the Daughter of the Warrior King, Xyron. With her father dead and her incompetent half-brother on the throne, the kingdom is in danger of falling to the warring Firelanders. Before she was old enough for a marriage-of-alliance, Xylara was trained as a healer. She can't usurp her brother or negotiate a peace--but she can heal the brave ones injured in battle. But not only her countrymen are wounded, and Xylara's conscience won't let Firelander warriors die when she can do something to save them. She learns their language and their customs and tries to make them as comfortable as possible, despite their prisoner-of-war status. She never expects that these deeds, done in good faith, would lead to the handsome and mysterious Firelander Warlord demanding her in exchange for a cease-fire. Xylara knows must trade the life she has always known for the well-being of her people, and so she becomes... The Warprize