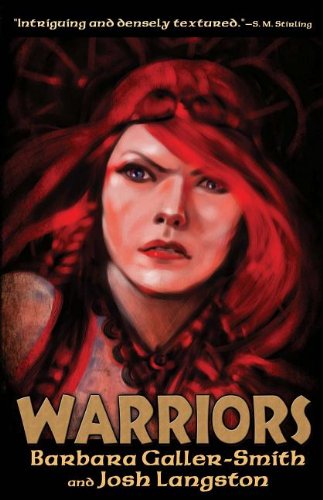 Gaul is the centerpiece of Julius Caesar's campaign to rule the world, and only the Celtic tribes stand in his way. Though the warrior bands out-number Caesar's legions, they lack leadership and organization. Caesar sends tax collectors at the head of his armies. Some in Gaul pay for this “protection,” but for many, the only choice Caesar offers is slavery or death.Those clans which reject the demands of the conquest- hungry Roman will face Caesar's legions. Bothe men and women shall become warriors.As if facing the Romans weren't difficult enough, these warriors must also face many of their own kind, often building alliances on foundations of enmity and mistrust. But even amidst such hostile intrigues and fierce conflict, these same combatants find time for tender passions, too. War is as much a part of life as laughter; danger is as common as celebration. Warriors tells their stories, examines their hopes and fears, and recalls a time when the barbarian version of civilization was actually more “civil” than Rome's. History may indeed be written by the victors, but that doesn't mean the vanquished don't also have wonderful tales to tell.