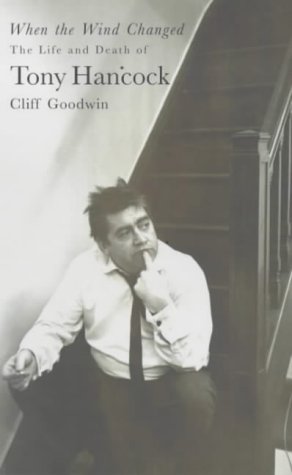 When The Wind Changed: The Life And Death Of Tony Hancock
by Cliff Goodwin

Tony Hancock reigned for fifteen years as the undisputed king of comedy. In this relatively short timespan he managed to leave an astonishing legacy of hilarious radio and television, including the enduring classic HANCOCK'S HALF HOUR. When he committed suicide at the age of 44, comedy fans the world over mourned his loss. Now, in this definitive new biography, Cliff Goodwin reveals at last the man behind the myth. Using a wealth of previously unpublished new material, he is able to fully explore the tensions between Hancock's status as comic genius and his personal battles with drink and drugs. He also examines in detail for the first time the reason for Hancock's depression and suicide. Hancock inspired such tremendous love and devotion in his public that they felt they were entitled to a part of his private life: Spike Milligan summed up Hancock's response: 'One by one he shut the door on all the people he knew; then he shut the door on himself. ' In this major new biography, Cliff Goodwin opens the door to reveal Tony Hancock the fans never saw.