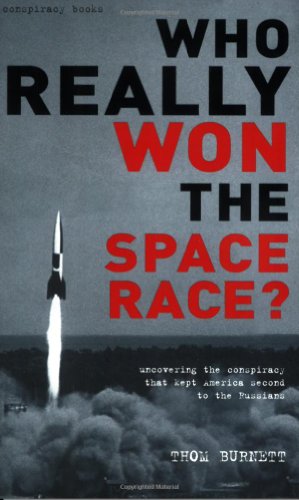 On October 4 1957, America’s self image of being the most technologically advanced nation on earth, was shattered by the successful launch of a Soviet satellite, Sputnik, months ahead of its own satellite program. Four days later President Eisenhower gave a White House press conference in which he attributed US failure to the fact that in 1945, the Soviets had captured all of the German rocket scientists at Peenemunde. But as this book will show, that presidential statement was far from true. Not only was it the United States who acquired the best of the scientists, but those that fell into the hands of the Russians were of limited use. Yet, with all that talent, America still lost the space race. Senate investigations into the reasons why soon revealed that a US army missile designed by a team of Nazi scientists, led by Werner von Braun, could have launched an American satellite a year before Sputnik, but they had been deliberately denied the opportunity. As this book reveals for the first time, there was a conspiracy against the German scientists, both in America and the Soviet Union, born out of racial hatred and their Nazi past. Neither superpower was willing to allow the glory of being first in space to go to the men from Peenemunde. The effects of that conspiracy in America led directly to the election, in 1960, of John F Kennedy. His Presidential-winning platform had been built on the idea that America was losing the Space Race and that the Soviets had amassed a far greater number of long-range missile than the Americans. If the truth had been known then the course of history could have been very different.