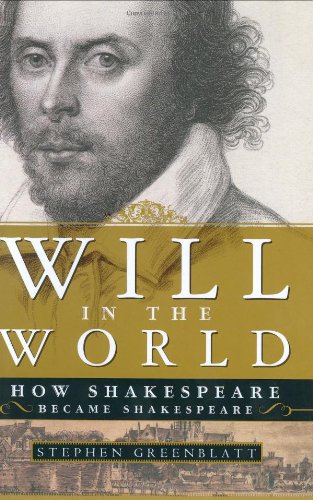 Will In The World: How Shakespeare Became Shakespeare
by Stephen Greenblatt

A portrait of Elizabethan England and how it contributed to the making of William Shakespeare discusses how he moved to London lacking money, connections, and a formal education; started a family; attempted to forge his career in the competitive theater world; grappled with dangerous religious and political forces; and rose to became his age's foremost playwright. 100,000 first printing.