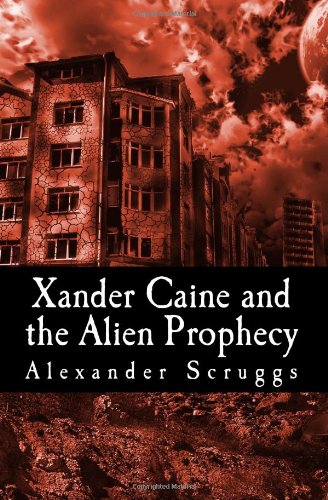 Xander Caine And The Alien Prophecy
by Alexander Scruggs

Xander, the only son of world-renowned scientists Inara and Malcolm Caine, has lived a life full of wealth and privilege. And, as one might expect, everything he's ever desired has been handed to him on a silver platter. However, behind closed doors he yearns for something more - a greater purpose to his existence. Little does he know, the life he's come to call normal is about to be turned upside-down. There's something strange going on in Aveh and Xander is determined to find out who's behind it. He soon discovers secrets that forever alter his perception of the world. But, more importantly, he learns that his destiny is far bigger than he ever could've dreamed. Join Xander Caine as he relives the whirlwind adventure that leads to his final mission and the terrible decision that awaits him. Book One of the Chronicles of Expel Approximately 49,800 words Content Warning: Some adult language and scenes of graphic violence.